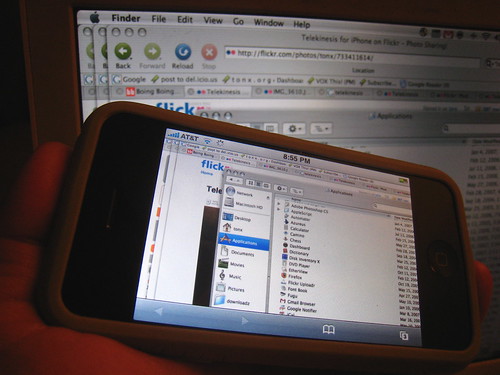 I know VNC has been done on phones and handhelds before, but the folks behind Telekinesis have done an awesome job of getting a remote desktop app onto the iPhone considering its constraints. What’s even more amazing tho, is that they’ve done so without a proper SDK and using Safari as their interface less than a week after the launch.

Flickr user tonx has pulled together a brief but awesome set featuring the software in action on an iBook. It’s definitely worth a look if you’re waffling on installing and playing around with it.

Hotel Yorba… On A Bus